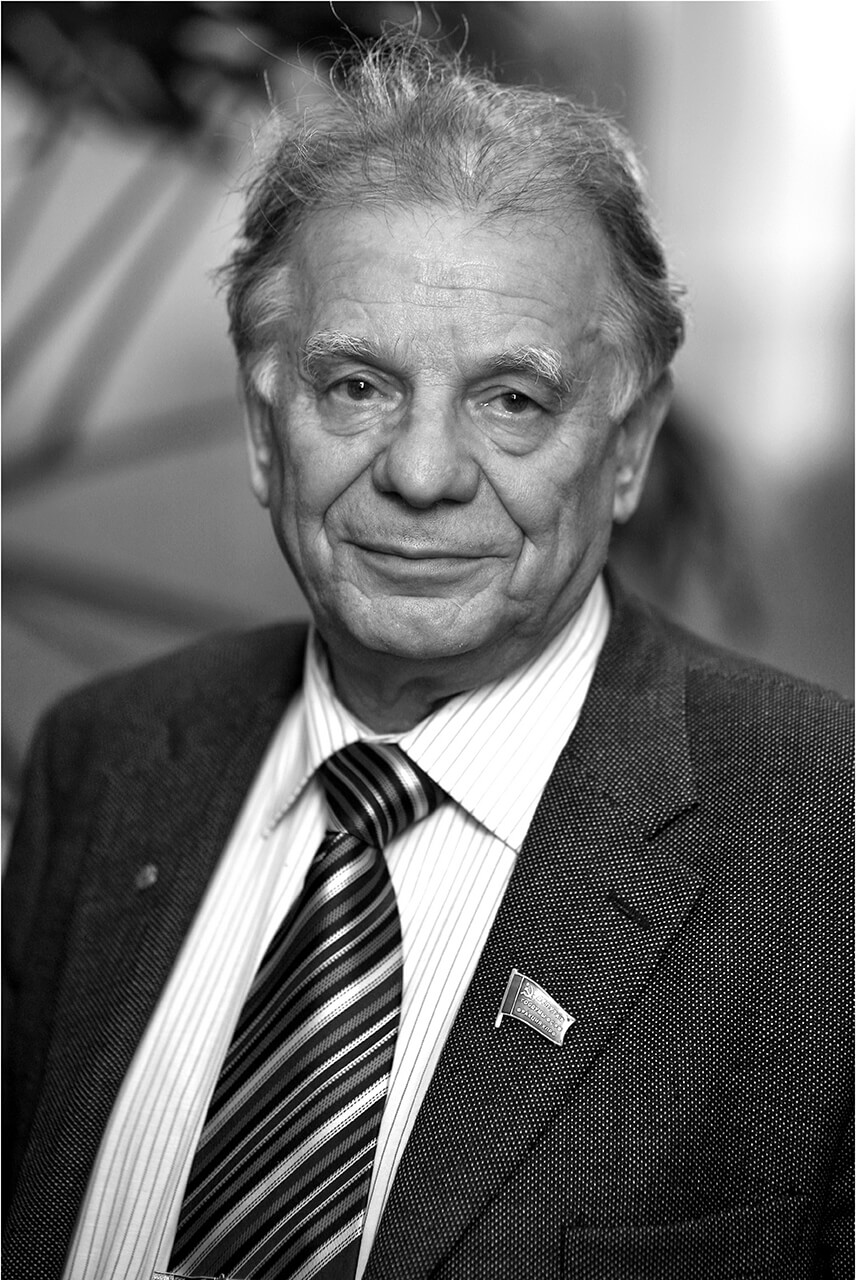 Nobel Prize Winner in Physics in 2000

Born on March 15, 1930, in Vitebsk (USSR, now Belarus), Zhores Alferov graduated from Leningrad Electrotechnical Institute in 1952. In January 1953 he became a staff member of the Ioffe Institute, where he defended his candidate (1961) and doctoral (1970) theses. He was elected a Corresponding Member (1972), and then Academician (1979) of the Russian Academy of Sciences. From 1987 till 2003, Alferov was the Director of Ioffe Institute. In 2003 he became a head of the St. Petersburg Physical-Technological Scientific and Educational Center of the Russian Academy of Sciences (RAS). From 2009 to 2018, he was Rector of St. Petersburg Academic University - Scientific and Educational Center for Nanotechnology of RAS (since 2015 - St. Petersburg National Research Academic University of RAS).

Obituaries of Zhores Alferov in the world scientific press:

Zhores Alferov, together with Herbert Kroemer, won the 2000 Nobel Prize in Physics for basic research that laid foundations of modern information technology. The Nobel Prize was awarded “for developing semiconductor heterostructures used in high-speed- and opto-electronics”.

His research carried out at Ioffe Institute showed theoretically and experimentally that electrons and photons in semiconductor heterostructures — artificial crystals grown from semiconductors of different chemical composition — can be controlled in a novel way. Lasers, light-emitting diodes, photodiodes, transistors and solar cells developed on the basis of heterostructures are widely used in advanced information transfer and storage systems and in space-based solar power systems.

Alferov was one of the most prominent organizers of academic science and education in Russia and a pioneer of creating educational centers at leading institutes of RAS. He began this activity in 1973 with organizing the basic department of optoelectronics of Ioffe Institute at the Leningrad Electrotechnical Institute, where he attracted leading scientists of Ioffe Institute as teachers. More than 400 graduates of the department currently work at the Ioffe Institute and many research centers of the world. Then he founded several basic departments at the St. Petersburg State Polytechnic University, which later formed the Faculty of Physics and Technology. Finally, in 1999, a Scientific and Educational Center was organized. In 2002, he created Academic Physical and Technological University of RAS. In 2009, the latter was merged with the Lyceum “Physical-Technical School” and the St Petersburg Physical-Technological Scientific-Educational Center of RAS to establish the St. Petersburg Academic University — Nanotechnology Research and Educational Center of RAS. In 2011 the Academic University was granted the status of National Research University.